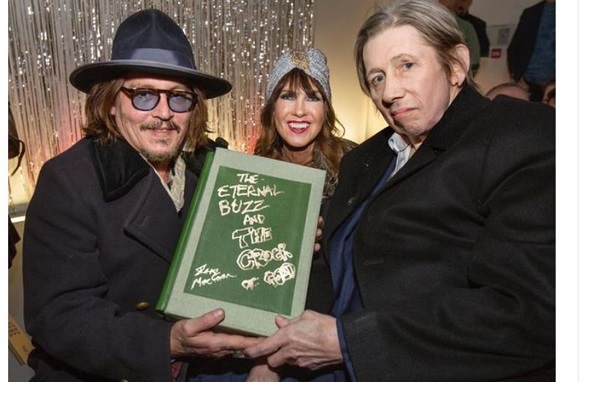 After a six week trial at Fairfax County District Court, the jury found in favour of Johnny Depp who took out a case for defamation against Ms Heard. The couple divorced in 2017, after marrying in 2015.

Depp was suing Ms Heard over an article she published in the Washinton Post in 2018. While it did not mention Depp by name, the article accused the actor of violently and sexually abusing Ms Heard during their marriage.

Following the verdict, Johnny Depp said that he had been given his life back.

Following the verdict, Shane MacGowan and Victoria Mary Clarke said they were “thrilled beyond measure” for their friend Johnny Depp.

“This is just SO ABSOLUTELY BRILLIANT!!!!!!! There are no words to express our excitement and gratitude”, they wrote in a joint post.

The world of showbusiness has also reacted to this verdict. You can see what was said here.

Shane MacGowan and Johnny Depp have a friendship that can be traced back decades.

Both Shane and his wife Victoria have been very supportive of Johnny Depp during this entire trial.

Including a hashtag #Johnnydeppisinnocent, Victoria added,“Feeling very positive about the trial and incredibly impressed by the overwhelming public support for JD! Whatever happens we all know that he has won!!!!”. See here.

Johnny Depp had helped to produce the Pogues icon’s film: Crock Of Gold- A Few Rounds With Shane MacGowan.

Back in February, MacGowan was also full of praise for his “brother” Johnny Depp, thanking him for helping him to celebrate the release of the documentary.

“Thank you brother for making the journey to Dublin to see me and Victoria, we needed a night out!”, MacGowan wrote. More on that here.