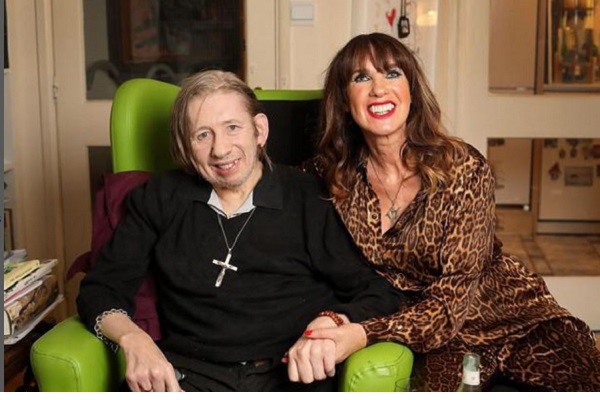 Victoria Mary Clarke is hopeful that her husband Shane Mac Gowan will be home for Christmas, after the singer was admitted to hospital earlier this month.

The Pogues music legend was rushed to hospital earlier this month with a condition known as viral encephalitis, where the brain becomes inflamed.

On top of this, Shane MacGowan also contracted shingles, which spread to his eye.

Confirming the initial news regarding her husband’s hospital visit, Victoria Mary Clarke urged the public to keep Shane in their prayers.

“He wants to get out”, Clarke said. Urging fans “not to get to worried”, adding that she was “sure he’ll be fine”.

She has since revealed that doctors informed her that her husband would be make a full recovery.

Victoria Mary Clarke has now spoken out his husband’s condition, adding that the thoughts of losing him would leave her “absolutely terrified”.

“You don’t know what is going to happen, do you? You just don’t know”, she said.

While adding that Shane was “confused” and “lucid” over the weekend, Victoria Mary Clarke also revealed, “He seems perfectly normal now – he is pissed off because he can’t have a drink in the hospital”.

Speaking of the moment her husband fell ill, the writer and journalist also added this.

“I noticed it on his face. His eye was getting red and began to close over”, she explained. “I called the doctor and the doctor said it was very dangerous so we had to get him to the hospital straight away”.

“The hospital explained to me that shingles can go into your brain and that’s what happened to Shane so now they want to keep him in on a drip for two weeks”, she added.

According Victoria, “people have been warning him (Shane) that he was going to die since he was a teenager”.

She also claimed that Shane MacGowan was told 30 years ago, that he would be “dead within 6 months”, he did not drastically change his lifestyle.

However, “his very determined mindset, a strong will and a strong spirit” has allowed him to carry on against all odds.

Travis Barker Releases Rocky Cover Of Adele’s “Easy On Me”