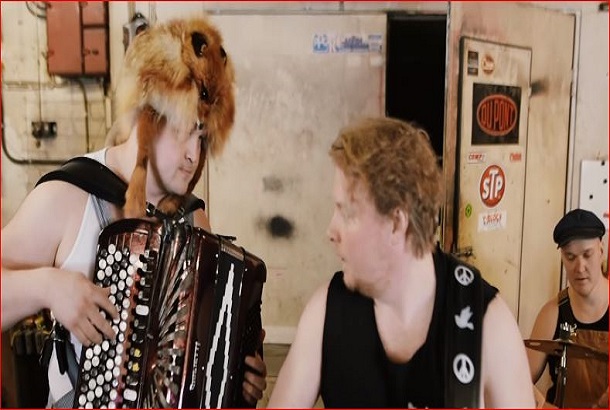 Van Halen’s classic 1984 hit ‘Panama’ has been hillbillyfied in an unusual cover thanks to Steve ‘N’ Seagulls, The country bluegrass band are streaming their version of the song and it’s available below…

The song is taken from the band’s forthcoming third record ‘Grainsville’, which is due for release on August 31st. Speaking about the mighty cover the band has this to say, ‘We started working on this ’80s masterpiece almost a year ago in the Finnish countryside’.

‘It was one of the first songs we looked at for our upcoming third album.When Hiltunen and Herman started to bang out those iconic riffs with the accordion and the banjo, it immediately sounded right. Some nice booty shakin’ flavours were then added in the studio, and now here it is. This is an ode to the Finnish summer heat and all the old Toyotas still rollin’ down the streets…’

The band became known back inb 2014 for their popular version of ‘Thunderstruck’ by AC/DC which received over 50 million views on YouTube. Here’s the original,

Elton John Speaks Out in Support of Ukraine

The Classic Album at Midnight – Guns N’ Roses’ Use Your...