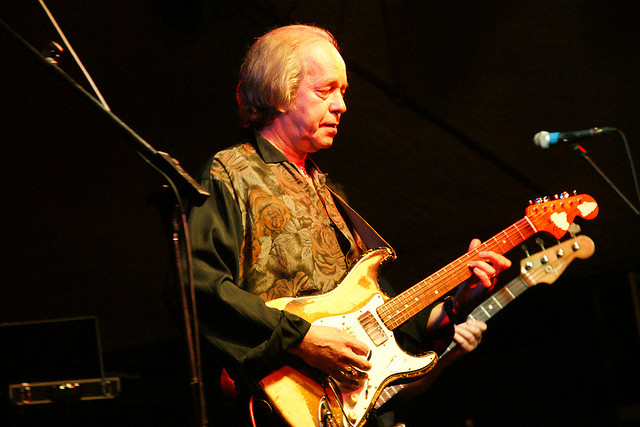 Thin Lizzy guitarist Eric Bell is set to release a new solo album very soon. Bell was one of the founding members of Thin Lizzy, who formed in 1969.

Bell was the person who gave Thin Lizzy their name back in the day. However, after ill-health and exhaustion, Bell would leave the band in 1973. Bell would later go on to be part of the British-Irish group The Noel Redding Band who formed in 1974.

His new album Exile will release next month on February 26th and features 10 tracks, including the Gary Moore dedication ‘Song For Gary’ and a cover of Little Richard’s rock’n’ roll classic ‘Rip It Up’. It was recorded in Chesire and is Bell’s first studio effort since Lonely Nights In London in 2009.

Speaking about his new album Eric Bell said “I’m trying to cover the whole spectrum of music with Exile. This album reflects the music I like to play and listen to.”

After he left Thin Lizzy, Bell would remain friendly with his ex-bandmates and guested onstage on the Lynott-fronted version of the band’s farewell tour in 1983, performing The Rocker, a song he co-wrote.

As well as the new album, Bell also announced that he will be playing a number of live shows around the UK & Ireland to support the new album.