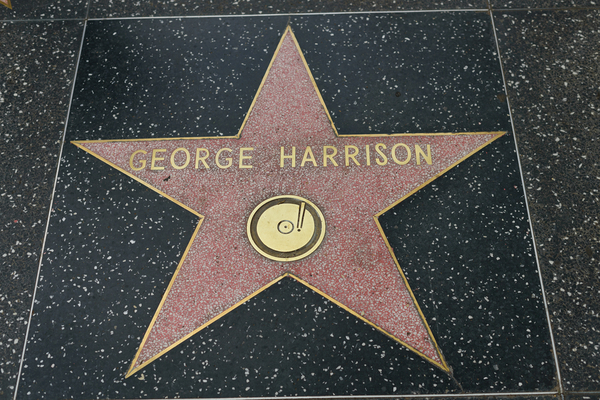 This date also marks 19 years since the Royal Albert Hall hosted the tribute show for Harrison. The Concert for George was organised by Eric Clapton. It also included performances from bandmates Ringo Starr and Paul McCartney.

The concert also featured performaces from Jeff Lynne, Billy Preston and Tom Petty and the Heartbreakers.

February 2021 would have also marked the icon’s 78th birthday.

Following the Beatles’ split in 1970, George Harrison went on to have a very successful solo career. This kicked off with number one hit “My Sweet Lord” and a number one album.

George Harrison first confirmed his cancer diagnosis in July 2001. He was told by doctors the following November that he did not have long to live.

17 days before he died, former Beatles members visited Harrison in a hotel in Manhattan, New York City for lunch on 12 November 2001.

This meeting also featured George’s wife Olivia, his doctor Gil Lederman and others. This was also the first time that the Beatles had met up in a few years.

“I sat with him for a few hours when he was in treatment just outside New York”, McCartney said. “He was about 10 days away from his death, as I recall. We joked about things – just amusing, nutty stuff”.

McCartney continued,“It was good. It was like we were dreaming. He (George Harrison) was my little baby brother, almost, because I’d known him that long”.

“We held hands. It’s funny, even at the height of our friendship – as guys – you would never hold hands. It just wasn’t a Liverpool thing. But it was lovely”.

Ringo Starr also recalled meeting Harrison on another occasion. Starr spoke about the final words that Harrison had for Starr.

He said, “The last weeks of George’s life, he was in Switzerland, and I went to see him, and he was very ill, you know, he could only lay down”.

Starr added, “And while he was being ill and I’d come to see him, I was going to Boston, because my daughter had a brain tumour”.

George’s wife Olivia and son Dhani were also there when Harrison passed away.

Back in August Dhani also had his say on the new Beatles documentary The Beatles: Get Back. Find out what he had to say here.

It was also reported that the family home of the late Beatles legend Harrison is to be auctioned off. More on that here.

Beatles Refused Disney’s Request To Remove Swearing From “Get Back”

L7 Have Announced Details Of A New Album!