Home Music UK Vinyl Spending To Overtake CDs For The First Time Since The... 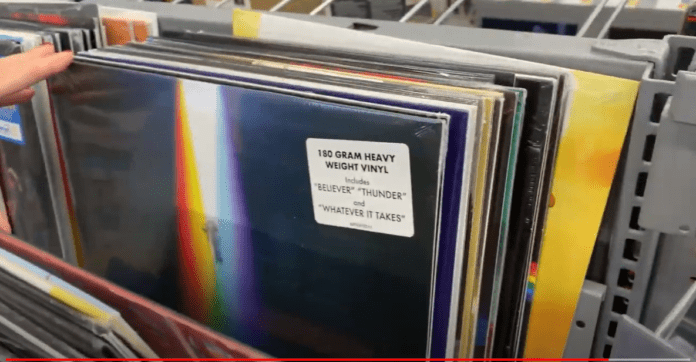 UK Vinyl sales look set to overtake spending on CDs for the first time since the 1980s. This comes as record labels saw a 30% increase in income from the traditional format according to the British Photographic Industry.

The BPI have now said that income looks set to exceed CD sales for the first time since 1987, a year which saw Pet Shop Boys and Rick Astley topping the charts.

The BPI’s chief executive Geoff Taylor said that Vinyl’s “exceptional performance” despite the retail lockdown, “confirms its role as a long-term complement to music streaming”.

Speaking to the Guardian, Taylor also said, “2021 is likely to be the year in which revenues from LPs overtake those from CDs for the first time in well over three decades – since 1987. In addition to the immediacy and convenience of streaming, fans want to get closer to the artists they love by owning a tangible creation”.

The number of CDs sold last year dropped by almost a third to £16 million in 2020, with the pandemic and subsequent lockdowns having an impact.

It was also reported that 18% of all albums bought by people in the UK last year were Vinyl. This was 10% of 2019’s figures, which was the highest since Britpop Boom in the early 1990s.

This comes after Kiss frontman Gene Simmons reiterated his comments that rock music as a genre is “dead”. He claimed that this happened when “Napster and all that (illegal downloading) started to happen”.  More here. And here.

The Who’s Roger Daltrey also said that he was reluctant to create new music with the band. Like Simmons, the Who frontman is not a fan of streaming (or vinyl) either.

Daltrey said,“There’s no record company anymore. Everybody talks about streaming, but have you seen what artists get from that? It’s a joke”.

Fans Pay Tribute To Jim Morrison On 50th Anniversary Of His...