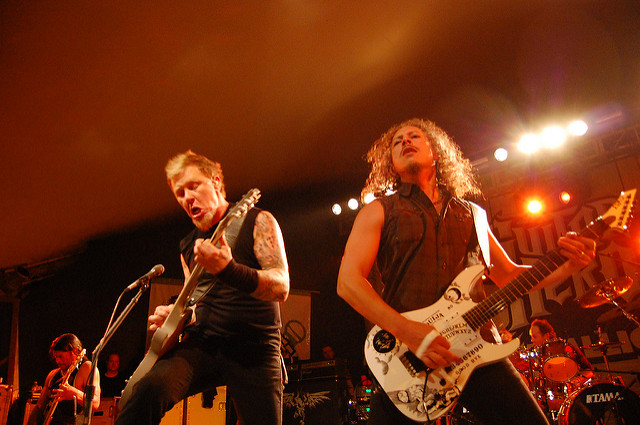 Metallica have released the video for ‘Moth Into Flame’, a new track from their up coming album.

‘Moth Into Flame’ is the second track that the band have previewed from the new album. The two singles will feature on ‘Hardwired… To Self Distruct’, which will be Metallica’s first album in eight years, since 2008’s ‘Death Magnetic’. The band had previously released semi-title track, ‘Hardwired’. The video for ‘Moth Into Flame’ was directed by Tom Kirk, who has also worked with Muse on several of their music videos.

Metallica had recently said that they were still working on the album, however, last week they took to their website to let fans know that the up coming album was finally finished.

In the statement, they said ”Guess what?!? It’s DONE! We have put the finishing touches on our next album Hardwired… To Self-Distruct and are looking forward to the next phase of unleashing it to the world, waking the monster that is Metallica and hitting the road.

‘Hardwired… To Self Distruct’ will be released on 18 November.

Iron Maiden To Use Boeing For World Tour

All You Need To Know About Primal Scream At The Olympia!