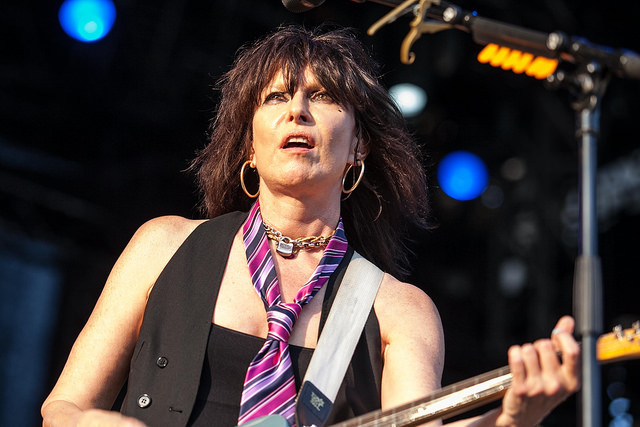 The Pretender’s Chrissie Hynde disagree’s with female musicians who claim there is an issue of sexism in the music industry.

With the release of her loose-lipped memoir, Reckless: My Life as a Pretender, Hynde has been stacking up bounds of promotion recently which has led her to reveal her views on sexism in the music industry.

Speaking to People/Yahoo Music, she disagreed that the music industry is male dominated, “I know it’s not. Of course it’s not. That’s another myth that they try to perpetuate. Of course it hasn’t always been”.

She reiterated her argument with, “I tell you right now, if a woman walked in here and looked like Pamela Anderson and played like Jimi Hendrix, there’s not a band in the world that wouldn’t be falling to her feet and saying, “Will you be in my band?” Men like it when women can play guitar. Prince had all women in his band. Jeff Beck likes working with women. These were the greatest guitar players alive.”

She said the only thing that ever held her back was herself, “I was embarrassed to play in front of guys, I didn’t think I was very good”.

She further explained that all dedicated male musicians want to sound as good as they can, “And if anyone can make that happen, he wants that to happen. They’re not restricted of anything, sexual orientation, race, creed, none of that. None of that means anything”.