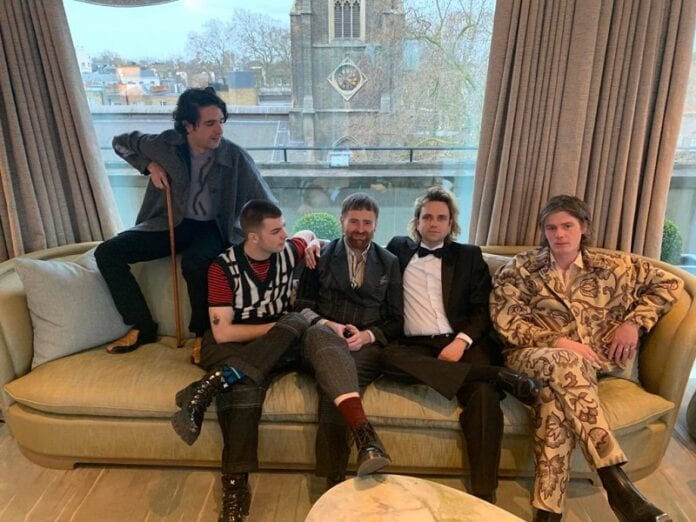 Irish Rock band Fontaines D.C. are among the nominees at tonight’s Brit Awards.

The band are nominated for best international group at the Brit Awards which take place in London’s O2 Arena tonight. They are competing in the same category as Foo Fighters, BTS, Run The Jewels and HAIM.

Speaking of Dave Grohl and co, they also teamed up with AC/DC’s Brian Johnson for a live cover of “Back In Black”. Check out the collaboration and Nova’s report here.

Fontaines D.C. had also been nominated for a Grammy earlier this year for their second album “A Hero’s Death”.

The nominees for #BRITs 2021 International Group are:

Watch The BRIT Awards 2021 on 11 May on @ITV and @WeAreSTV pic.twitter.com/YVisQMOWt3

As mentioned, this ceremony will be hosted by Jack Whitehall and will take place infront of an audience of 4,000 people as part of the UK’s Event’s Research Programme.

The ceremony will be opened by Coldplay. The band recently released their new single “Higher Power”. They will perform from a pontoon on the River Thames.

On the track, the band also had this to say. ‘Higher Power’ is a song that arrived on a little keyboard and a bathroom sink at the start of 2020. It was produced by Max Martin who is a true wonder of the universe”.

Also nominated for an award at the Brit Awards is the “Boss” himself, Bruce Springsteen. Springsteen is included in the Male International Solo Artist category alongside The Weeknd, Childish Gambino, Tame Impala and Burna Boy.

Springsteen himself, is to be also recognised at the 2021 Woody Guthrie Prize. He is being recognised for using his storytelling ability to write songs, “that connect with people who faced the hard times and celebrated the good times”.

The Woody website also added, , “Springsteen’s music provides a soundtrack of resilience, strength, heart, and joy despite or even in spite of the struggles thrown our way. Drawing from his experiences growing up in New Jersey, Springsteen’s songs have connected on a universal level with fans worldwide”.

Check out more on that story here.

‘Back In Black’ Released On Cassette For Record Store Day