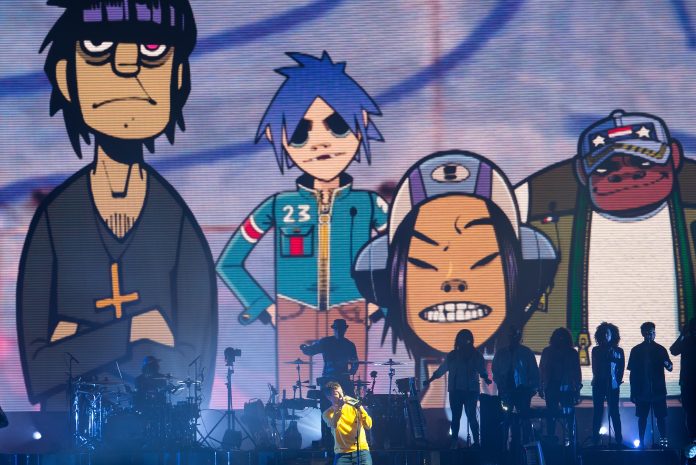 It’s been 20 years since Gorillaz released their debut self-titled album and the band have been celebrating this milestone.

You can see the full playlist for that album here.

Jamie Hewlett and Damon Albarn’s animated band released this record in 2001. They have also hinted that further celebrations of this milestone are on the horizon. This could include NFT collectables.

“I’m exhausted”, Gorillaz’s bassist Murdoc Niccals said when reflecting on the last 20 years with the band.

“20 years is a long time to be top of your game and let’s be clear here, it’s a one man gig keeping this show on the road”, he added.

Niccals continued, “A lot of names get bandied about, a lot of pretenders to the throne, one or two in particular… But there is only one Murdoc Niccals. As an ex of mine once said, it’s hard to be a diamond in a rhinestone world”.

As well as the celebrations, Gorillaz have also added that a series of album reissues are also on the cards. They will begin with that self-titled record, which will be reissued later this year.

A statement regarding these record reissues was released.

“Murdoc Niccals, inspired by his hero Marie Kondo, will tackle that attic with a promise to spark joy in the hearts of fans around the world with a very special physical release featuring an abundance of declassified gems”.

Gorillaz also confirmed that a new collection from their clothing line G Front is coming soon. A series of NFT collectables and vinyl toys will also arrive in collaboration with the brand Superplastic.

Beck is another artist to feature on this McCartney cover album. Gorillaz and Beck go on a joyride in the music video for the track “The Valley of The Pagans”. More on that story from Nova here.