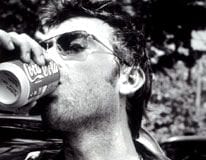 On This Day In Music: Damon Albarn Was Born

Weekend Round Up – Chuck Berry Has Passed Away

Nova News Team - April 28, 2016
0
Noel Gallagher has recently said that he is open to working with Gorillaz on their new album. The band which is...

Nova News Team - March 22, 2016
0
It appears that Liam and Noel Gallagher are at it again, this time it's Liam calling out Noel for his cover...

Nova News Team - December 14, 2015
0
Two fearsome Britpop rivals put their differences aside recently, as Damon Albarn and Noel Gallagher performed together. They were playing at...

Nova News Team - October 13, 2015
0
Jamie Hewett from Gorillaz has recently confirmed that the band will record a new album next year. Hewett who is the...

Nova News Team - September 1, 2015
0
Yes you did read that right, Damon Albrarn has indeed serenaded an elephant. Albarn recently sang the song 'Mr.Tembo' to an...

Nova News Team - July 17, 2015
0
Blur frontman Damon Albarn has recently announced that his virtual side project Gorillaz, will be heading back into the studio. Albarn...